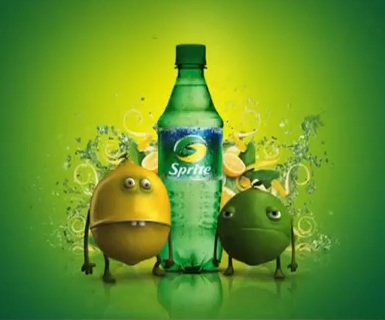 Egyptians are hilarious, they’ve always been labelled as a hilarious nation. I was just sitting down watching TV and this Sprite ad aired on “MBC Max” and I’m still laughing my ass off. There’s something about that language that’s just hilarious, I don’t know what it is.

These ad’s feature 2 characters called Mr.Lemon and Dr.Lime and it advertises the new Sprite : “Lemoon aktar, sooda aktar”, meaning more Lemon and more Soda.  I’m posting up 4 hilarious videos, hope you laugh as much as I did.

The second one is called “SNORKLE”

Just in case you missed it, Dr.Lime tells Mr.Lemon : “Nifse to2a3 bi eed 3ayel mzakem yo3sorak 3ala kobayet shay, nifse.” which translates to : “I wish you’d fall into the hands of a kid with the flu, and he squeezes you over a cup of tea, I wish”. Hahaha, hilarious couple !

Here’s the third one called Contract:

Finally, the 4th one, which I don’t really understand. (Mido, help ?) or anyone who knows what they’re saying.