My gun, I fire with blanks

Wall upon wall they put up, it started with a fence, moved to gigantic concrete slabs. One, two, three, four. On all sides, deep into the ground, high above to the, not blue, but blackened skies, pollution created by a zionist regime. Ahmad and Salma, with rubble from their own home like lego blocks, the sides don’t match, the blocks don’t stay stable, they topple, much as their own lives. Running water, what running water, runs nowhere but the streets. Demolished homes, the smell of burnt skin still can’t elude their nasal canals, the sound of falling bombs wail across their ear drums, still echo in what’s left of their rooms, a broken window, shattered glass, dried blood splattered here and there, an abstract painting tells a story, a sixty year old story plus.

“For in vain I bellowed shallow screams, my voice over-ridden by the firing guns and the blasting tanks, my people still surrounded by concrete, for them I ask injustice lifted, but I merely ask..” 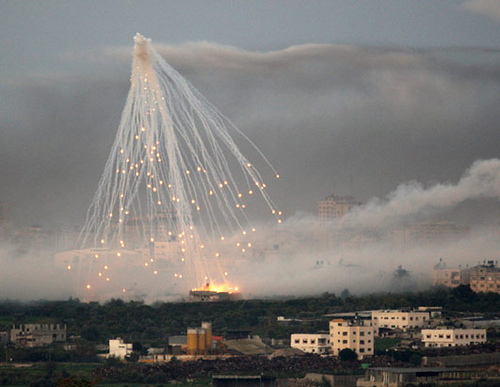 Gaza, a year later. Palestine, sixty-two years later. The world, a deteriorating place, I want to live more. I remember, a year ago, fireworks lit the sky. The bombs are falling. The bombs are falling, Gaza is at war, the bastards broke their word of a cease-fire, naive were we of their ruthless ways, I say not. On the 27th day of the 12th month, their jets like the flight simulation games we’ve all played before, this was real. Showered the Gaza strip with nothing but fear. Bathed the streets with the blood of children, we watched on our tubes, we watched frightened with tears.

Pieces, of a nation worn down by a regime who continues to oppress, a normal life, clean water, clean sheets, a bed to sleep, a roof over their head, medication for the wounded, protection from the big bad monster, they have not that nor a way out, just four walls, the largest prison cell.

Filed under I wrote this for you, Saving the world, The fight for Palestine